“Right To Love”–A Love Anthem For All

“Right To Love”–A Love Anthem For All 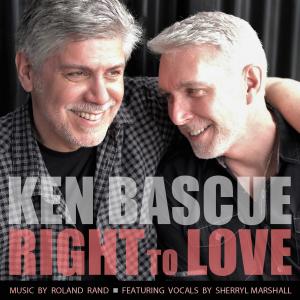 DANBURY, CT, USA, June 9, 2021 /EINPresswire.com/ — In celebration of Pride month Ken Bascue is releasing the love anthem, “Right To Love“. The inspiration and lyrics were prompted by the Vatican’s statement last March proclaiming same-sex unions as sinful.  It speaks to those who feel marginalized, and truly to all people. Ken says it’s a call for hope, understanding, awareness, and unity! The official release date is June 18th, 2021.

In 2020, just before the pandemic hit, Ken accomplished a life-long dream of releasing a debut album of original songs, “Make A Difference“, a collection of songs he’d written over the past few decades. “Make A Difference” was produced by Jon Cobert who also worked with Ken on a cover of the holiday classic, “The Secret Of Christmas”.

Recently Ken released the single “Love Has Taken You Away”, a collaboration with European producer Roland Rand. They’d worked together in NYC in the ’90s. Ken reignites this collaboration with “Right To Love”, a song born in this era of zoom conferencing and virtual communication, Roland sends the songs from Europe and Ken’s lyrics and vocals develop around Roland’s R&B flavored music track.

For “Right To Love” Ken worked with JC Santalis, owner of Raw Recording Studio in Patterson, NY to bring this passionate project to life.  JC and Ken called upon the vocal talent of Sherryl Marshall to add a gospel feel to this new release.  Sherryl’s backing vocals are truly an inspirational expression.  The recording received its finishing touches by Scott Hull at Masterdisk Studios in Peekskill, NY.  Scott has mastered many Grammy-winning titles.

Since the pre-release on social media earlier this month, “Right To Love”  is already being embraced with praise…. “Just awesome!”, “Truly inspiring!” and “Love everything about this song!”.

At the age of 25, Ken tragically lost his parents in a car accident. His mother with her gifted talent had dreams of a singing career, and this loss propelled Ken to pursue a dream as a singer with his talent. Ken was encouraged by a dear friend and mentor who told him, “It may take you the rest of your life,” and so at age 63 he is now fulfilling his dream.

Ken currently lives in Danbury Connecticut with his husband Richard and he continues to focus on his music. He holds this new release close to his heart and is dreaming that “Right To Love” will be received with open hearts.