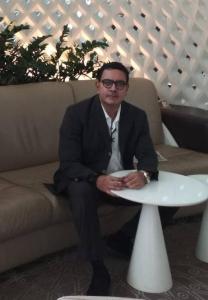 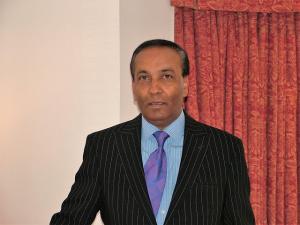 MUMBAI, MAHARASHTRA, INDIA, June 9, 2021 /EINPresswire.com/ — Ajay Pancholi, brand guru and life coach, is one of the key appointments at Sapio Analytics this month, as he joins the A.I. government advisory firm as its Managing Director (Global). With a spate of appointments, Sapio Analytics is planning to expand its offerings to various states within India as well as other developing economies.

Pancholi has been a corporate honcho with businesses in different parts of the world, and has been an integral part of various foreign delegations, including delegations with the French President, Belgian King, Canadian Prime Minister, FICCI, and World Economic Forum, among others. He has also worked in various capacities with WHO, United Nations, World Investment Conferences, and various international governments such as France, Spain, Germany and the US. Pancholi shall work on Sapio’s expansion in Central Asia, South East Asia, North America and parts of its Middle East, while working on its international strategies.

Balkrishna Choolun, Founder and Chairman of UITV and Director of Ajanta HC, has joined in the capacity of Managing Director (Overseas), with focus on expansion in South America and Middle East. London-based Choolun has previously been a special advisor to numerous media and entertainment companies across the world and closely works with political, social, cultural and charitable organizations in Guyana, Suriname, Mauritius, UAE and UK.

With a focus on building its infrastructure and smart city business, Kamal Maheshwari has been appointed as the Principal Advisor- Infrastructure by the company. Maheshwari is credited for building India’s first Smart Utility business brand from scratch, and was the CEO of an Essel group company and President of Essel Infraprojects Ltd in the past.

Dr B S Tiwary, previously the Regional Director for the Bureau of Civil Aviation Security and a senior officer at the BSF, has joined as the Principal Advisor- Strategic Affairs. Dr Tiwary has been a senior officer in the Government of India and has been honoured nationally and internationally for his numerous achievements across departments and domains. Skilled in Government, Administration, Disaster Management , Emergency response, Security, Dr Tiwary is a strong military and protective services professional with a Doctorate of Philosophy, and shall focus in strategising various affairs at the company.

Sapio Analytics has worked closely with Lucknow headquartered Uttar Pradesh Industrial Consultants Limited (UPICO) and has now appointed Lucknow based Dr Jyotishree Pandey as a Senior Economist. Dr Pandey has been a Professor of Economics and has expertise in Analytics, and shall be responsible for helping enhance the Comprehensive Economic Growth Platform by Sapio Analytics.

“With these key appointments in different parts of the world, Sapio Analytics wishes to take its next step of growth, with a focus on ensuring all developing economies consider us their trusted partners for data-driven smart growth”, says Ashwin Srivastava, co-founder and CEO of Sapio Analytics. Srivastava had founded Sapio with serial entrepreneurs Hardik Somani, Shripal Jain and Viral Vora, with its base in Mumbai. Currently, Sapio has presence in London, UK, and Palo Alto, USA as well.

Having recently appointed Prashant Nikam, ex-civil services officer, as the Chairman of Sapio Analytics, it has also been in news for getting valued at 20 million USD and plans of fundraise at a valuation of 100 million USD.