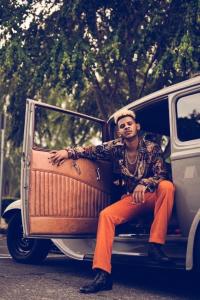 Marshall Hugh, behind the scenes from the “Louder” video shoot 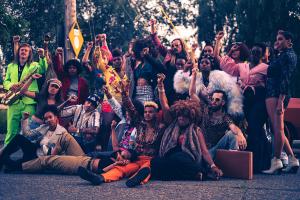 Pulitzer finalists and winners are announced this Friday, June 11.

SEATTLE, WASHINGTON, UNITED STATES , June 8, 2021 /EINPresswire.com/ — Marshall Law Band (MLB) — a Seattle-based funk-hop octet with music that focuses on individual empowerment and positive community change through the filter of hard-hitting hip-hop vocals laid over funk instrumentation — is anticipating the announcement of the 2021 Pulitzer Prize, for which they submitted their 2020 album, 12th & Pine. The album was written about the band’s experience setting up a stage in the middle of the George Floyd Protests and playing through tear gas and rubber bullets. Since writing the album in June 2020, Marshall Law Band has worked to continue to amplify BIPOC voices in the greater Seattle area and beyond through organizing live events featuring BIPOC artists and merchants. They bring a community vision with a global perspective. In short, they are world-class.

The band received nationwide press coverage about their protest performances through outlets like CNN and Fox News. The album has received coverage on Dan’s Tunes, NPR’s KUOW, The Seattle Times, The Stranger, The South Seattle Emerald, Razor Tongue Media, and Respect My Region. Now, the band is waiting to hear if they have secured a Pulitzer, an acknowledgment that would affirm the revolutionary artistry that arose from tragic events of persistent and unconscionable police brutality.

In 100 years of Pulitzer Prizes, only 30 Black Americans have won and, of those, only one hip-hop artist: Kendrick Lamar, for his 2017 album DAMN. Whether they break through the glass ceiling that is the Pulitzer Prize, Marshall Law Band will continue to persist and resist. While CHOP is no more, the reality of systemic racism and rampant police brutality continues, and so does Marshall Law Band.

Pulitzer finalists and winners are announced this Friday, June 11.