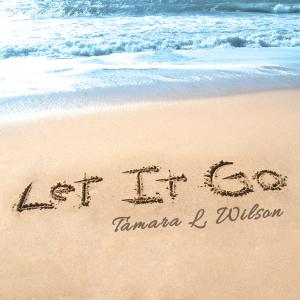 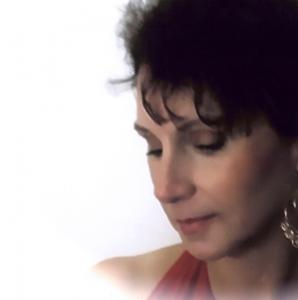 ASHEVILLE, NC, USA, June 10, 2021 /EINPresswire.com/ — Spreading love and positive vibes is Tamara L. Wilson’s mission for her music; and it’s a breath of fresh air. Her party started when she was only a girl, singing along with her ‘Papa’ and her Dad, in their down-home sing-alongs playing their guitars and singing gospel and country music. Tamara’s journey has always led her back to the melodies of her heart and soul.

Growing up in South Carolina, she started out singing locally and then worked the Marriott circuit for a while as a performing artist. Her songwriting really began to unfold while attending a community college in Mesa, AZ where she studied recording and piano. As soon as her hands hit the keys, she was awakened to her natural and God given talent of crafting a soulful song using her heartfelt vocals. Tamara’s true heart’s desire is to make others feel better and have a little fun while discovering her music.

Tamara’s recent single “Freedom Flame” and the track “Your Own Kind Of Beautiful” became critically acclaimed favorites and her most popular cuts to date. Tamara’s new EP “Let it Go” is due out June 18, 2021!

Says Tamara, “‘Let It Go’ is the overall theme of the EP. So MUCH has been going on for all of us; between the pandemic and the racial disharmony upfront and center, it feels like we all need to ‘let go’ of some stress! There’s never been a better time to find more peace and harmony than right now! After about 3 months home alone, just working on music most every day, I took off for a healthcare appointment, but instead of going back home, I just kept driving! I drove all the way down to the gulf coast! Wow! Beautiful! Clear as a drink of water with white sand and blue green ocean! ‘Let It Go’ is a theme for my life! LOL!”

Says Tamara, “Let me give a big shout out and thanks to Joey Stuckey! I like to call him and his friends that he also got to play on ‘It’s Your Life (Believe)’ and ‘Little More Love Remix’ the ‘cosmic musicians’! Joey has over 35 awards…plays several instruments…writes, sings…and wait for it, he’s blind! Wow! His friend Tom Rule gifted me with the piano track for ‘It’s Your Life’…just gave it to me! And listen to that man play! He’s been in music 30+ years, done many albums himself, and teaches University level music and computers! Another friend of Joey’s, Miguel Castro played drums…he’s a recording artist of many years and has been the Director of Percussion at the University level for 20+ years! Outstanding!”

The musicians on the tracks “Let It Go” and “Have It All” are Freddy Tripp who plays keys, trumpet, trombone, and programming and is in the Country Music Hall of Fame, and also has a Best Album. Coleman Murphy, the guitarist that so skillfully weaves in and out the lyrics, has years of being a studio musician, and recorded the karaoke versions of over 4000 songs. Tim Loftin joined in for the bass on “Let It Go” all the way from Canada, also a seasoned professional musician.

Says Tamara, “I feel so blessed to be working with musicians of this caliber. I can’t even read music! It was a little daunting, and humbling. But I knew, I was working with them because I was supposed to be! Yeah… ‘Tamara and the Cosmic Musicians’…I AM Blessed!”

“Some people are born talented, blessed with vocals that are beautiful and melodious. It does not take them time to realize their true talent and thus, in the yesteryear, such a gem was born” – MySoundMusic

In closing Tamara has this to impart, “If you listen to the lyrics of my songs, you will hear my message loud and clear! My goal is for my music to uplift, encourage, bring confidence and harmony to the listener. I hope my songs help someone, somewhere feel a little bit better! Peace!”