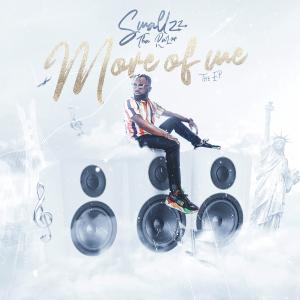 Artwork of More of Me – EP 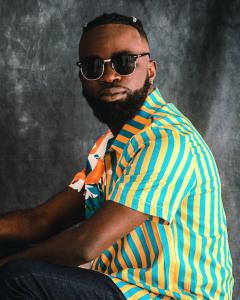 Studio-taken shot of Smallzz Tha Razor with dark shades on

PARKVILLE, MARYLAND, UNITED STATES, April 29, 2021 /EINPresswire.com/ — Fast rising music act, Oluwatoyin Adeyemi Ogunmuyiwa, well known as Smallzz Tha Razor, has always had a passion for music right from his childhood days, and he grew up listening to and nurturing his craft from the musical experience of indigenous music; a reason his creativity is seasoned with deep African roots.

Smallzz Tha Razor has been around in the Nigerian music scene for at least a decade. Started professionally in 2011 as an undergraduate student within the walls of Lagos State University, Ojo Lagos, the rapper has been consistent in dishing out nothing but good music. Being 10 years of undiluted good music, STR as fondly called, is releasing an Extended Play (EP) in Friday 30th of April, 2021.

According to Smallzz Tha Razor, his soon-to-be release project with the designate title: More of Me, an extended play (EP), would be available on all digital streaming platforms from April 30. The six track body of work is a master blend of proper Afro sounds, modern rhythms and most importantly, good music.

A preview of project showed the rapper outdid himself, as he worked with some of the best producers and sound engineers including Daihard, DonnyAce, Taleen, Jaychords and DJ Taf. Notable artists such as Bella Shmurda, Martins and 9ice were also featured on the project.