“Stronger Together”, New Song by the Band Armored Dawn, Proposes a Reflection About the Value of Friendship

“Stronger Together”, New Song by the Band Armored Dawn, Proposes a Reflection About the Value of Friendship 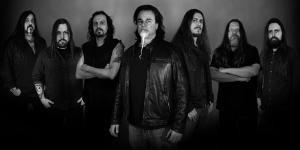 SãO PAULO, SãO PAULO, BRAZIL, April 16, 2021 /EINPresswire.com/ — Create a concept, find the right partners, work to make everything cohesive, and invest in the potential to pursue your goals. Under this perspective, Armored Dawn appeared in 2014. From the initial conception to the present moment, the group, which currently promotes the third album, the conceptual “Viking Zombie”, has gone from promise to reality. More than that, Eduardo Parras (vocals), Tiago de Moura and Timo Kaarkoski (guitars), Heros Trench (guitars), Rodrigo Oliveira (drums), Fernando Quesada (bass), and Rafael Agostino (keyboard) were able to make the name Armored Dawn become relevant on the Brazilian metal scene.

Internationally renowned for being one of the greatest exponents of Brazilian heavy metal in the world, the band Armored Dawn is releasing a new single, entitled “Stronger Together”. The new song was composed during the period of isolation caused by the first wave of the pandemic, which brings a strong emotional charge to the song, as it is the result of a complicated moment experienced by society around the world.

The worldwide release of “Stronger Together” takes place this Friday, April 16, at 11 am, on all digital platforms. At the same time, a lyric video of the track will be available on YouTube as well. The music will be broadcasted, on the same date, on the national network by Rádio Transamérica, and in the main Brazilian states through Rede Atlântida, Rádio Cidade, Kiss FM, among other renowned radio stations in Brazil.

The lead singer, Eduardo Parras, comments on the lyrical concept, which takes a look of hope and strength in this difficult moment, and exalts the first composition of the new formation: “Two friends share the desire to rule the world, they’re fighting for their dreams and ideals. So much has been done and lived, they have already achieved so many things, so now it is impossible to give up. One for all and all for one, no matter what they say or what happens. Together we can do much more and nothing can bring us down.”, he says. The lyric, written in the period of social isolation, strengthens the concept of friendship and reinforces the importance of people who share with each other the weight of such difficult days. In this new reality of society, the greatest proof of affection is to keep distance. The band is in the final stages of promoting the acclaimed album “Viking Zombie”, released in 2019, and is in the advanced process of recording their fourth studio album, which will be released later this year.

The group, which is broadly known for performing on national and international tours alongside great metal icons worldwide such as Saxon, Megadeth, Symphony X, Rhapsody, Hammerfall, Tarja, among others, is preparing new dates to resume their project ‘Armored Dawn Convida’, and a special tour through several countries in a post-pandemic scenario.