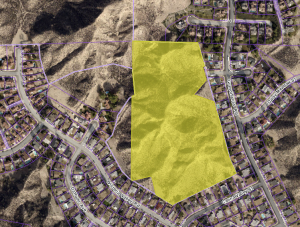 Judge: “Convenience” isn’t a valid reason to force an easement across the family’s property

LOS ANGELES, CALIFORNIA, UNITED STATES, June 8, 2021 /EINPresswire.com/ — Los Angeles-based law firm Tauler Smith LLP recently secured a trial victory in a case involving a land developer who filed a lawsuit to get a right-of-way over a local family’s land. After a bench trial in Los Angeles Superior Court, the developer was denied all relief it sought in the case.

The plaintiff, a developer named Cowboy National, purchased an 18-acre landlocked parcel in 2015 and filed suit against the Schallerts, a local family, in 2019. Plaintiff’s lawsuit requested that the Court grant an “easement by necessity” over the family’s adjacent land so that it could be developed. Last week, the Honorable Stephen P. Pfahler of the Los Angeles County Superior Court took the matter under submission and issued an order determining that Plaintiff’s theory of the case was flawed:

“Plaintiff has other potential means of access to its Parcel. While the Defendants’ Parcel may be more convenient, that alone is not sufficient to create an easement by necessity.”

Since this was Plaintiff’s only cause of action, the Court concluded, “Plaintiff takes nothing by way of its complaint.” As a result, Defendants won and will recover their costs associated with the case.

Attorney Robert Tauler, one of the founding partners of Tauler Smith LLP, served as counsel for Defendants in the real estate matter. After the court’s ruling, Tauler said, “Hopefully this case shows that land developers can’t just try to bully people around using our court system.” Tauler, who represented the Defendants pro bono, added that “the land developer filed this lawsuit against my clients, who have never been in a lawsuit before, without even sending a letter or trying to talk about it first, which is un-neighborly to say the least.”

“Ultimately,” noted Tauler, “we were very fortunate to have a Judge who carefully considered the parties’ arguments and the facts, and I believe came to the correct result. Justice was served.”