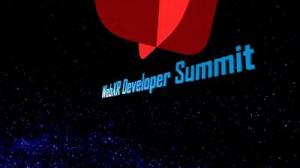 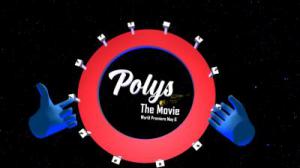 NEW YORK, NY, USA, April 13, 2021 /EINPresswire.com/ — The team that produced The Polys – WebXR Awards announced they will convene the first WebXR Developer Summit to be held on Tuesday, May 25 with host Trevor Flowers. The agenda includes exchanges between the tech stack and content developers on the future of WebXR. Trevor Flowers, editor of the Immersive Web Weekly newsletter which tracks advancement in WebXR, will emcee the live online event which will be distributed on streaming platforms. The event will be enjoyed in watch parties in the “Meta-Multiverse” configuration first used for the WebXR Awards show. Guests and watch party platforms to be announced. Trevor is also a member of the W3C Immersive Web Group and he presented the WebXR Developer of the Year Award at The Polys.

The WebXR Developer Summit event is timed to build on the excitement and momentum around the open WebXR standard, which allows immersive 6DoF experiences built in JavaScript to be distributed over the open web via URLs. WebXR supports both Virtual and Augmented Reality experiences that work on desktop and touchscreen browsers as well as on stereoscopic browsers in headsets. Most importantly, WebXR is designed to work on devices that are not yet invented to future-proof content. In February, WebKit announced support it’s officially “in development”, a long-awaited signal from developers that this WebXR will be supported by Apple.

“There are over 12 million JavaScript developers, more than any other programming language, yet the WebXR community is still relatively small. When all of these developers look-up from the projects they are working on and see the possibilities of the immersive web, it will transform the internet as we know it. – Ben Erwin, creator of The Polys – WebXR Awards and the Developer Summit.

On May 6th the World Premiere of “POLYS,” a full-length video of the Poly Awards ceremony, will take place in a special “Hollywood” edition of the dramatic AltSpaceVR World used during the live event. POLYS preserves for posterity the live WEBXR Awards hosted by Julie Smithson and Virtual Red Carpet Interviews by Sophia Moshasha. The event, which originally aired on February 20th, will be released alongside bonus footage, including never-before-seen acceptance speeches, extended interviews, and extras from the “Meta-Multiverse” watch parties.

The Polys – WebX Awards will return in February 2022 with hosts Julie Smithson and Sophia Moshasha. The WebXR Developer Summit is intended to inspire developers to create experiences that will be nominated for next year.