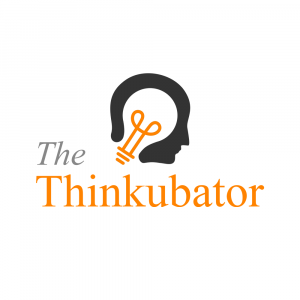 BRONX, NY, UNITED STATES, March 26, 2021 /EINPresswire.com/ — The Thinkubator, a Bronx-based innovation and workforce development organization whose motto is “Bringing Power to Bronx Youth Voices” has announced on Wednesday, March 31st at 6:15 p.m. its Thinkubator Leads (Youth Council) and Think Tank will co-host a “Bronx Borough Presidential Candidates Meet and Greet with Youth of the Bronx.” The position of the Bronx Borough President is such a critical position that directly impacts Bronx residents, including the youth. The Youth Council and Think Tank are interested in learning more about candidates and hearing their current perspective on the challenges and opportunities the Bronx face. “Part of fostering greater connectivity between youth and community is through civic engagement. Now more than ever, it is important to not only to listen to, but uplift and support the voices that are already changing the fabric of our society. I am excited for the Leads participants to use their voices to influence and inform the next Bronx Borough President,” said Julian Joyner, Lead Facilitator & Manager of Youth Voice at The Thinkubator.

The position of the Borough President is vital in governing and leading the borough, especially during these challenging times. The Honorable Ruben Diaz Jr. has been Borough President since April 2009 and has stabilized the borough and led it through significant transformation. Borough President Diaz with the support and partnership of Education Director Monica Major, President Marlene Cintron, The Bronx Overall Economic Development Corporation, HERE to HERE, and Judy Dimon were instrumental in founding the Bronx Private Industry Council (PIC), which The Thinkubator has spun from. “The support of the Bronx Borough President is critical to youth-driven organizations like the Thinkubator,” said Dr. Edward Summers, President and CEO, The Thinkubator. “We have a tremendous advocate in Ruben Diaz Jr. and his team who values youth talent development and ensures that youth have been at the forefront of his agenda.”

The Borough President’s formal role is to provide leadership and inspiration to the borough and its residents, advise the Mayor of New York City, advocate for the borough and its needs to the city, state, and federal governments, guide the borough in its development, and to be the chief marketer and executive of the borough. The 2021 Bronx Borough President’s campaign and election season is in full swing and there are five candidates running for office. All five candidates were invited to the meet and greet.

The Thinkubator Leads and The Think Tank will ask a series of questions regarding the candidates, their policy positions, and their vision for the Bronx. Dr. Lessie Branch, Director of The Think Tank and Associate Professor of Business Administration at Metropolitan College of New York states “I look forward to this public engagement event being led by The Thinkubator’s Youth Council. It is exciting to provide this youth-led forum and opportunity to Bronx Borough Candidates to engage with this very important group of constituents.” At present, two candidates have agreed to attend the event: State Senator Luis Sepulveda and City Councilmember Vanessa Gibson. For those interested in the event, can register at www.thethinkubator.org.

More Information about The Thinkubator:
The Thinkubator is a Bronx-based nonprofit organization focused on crafting innovative strategies to complex global challenges. We approach our work through three major areas: education, research, and community. Collectively, The Thinkubator provides a systematic approach to workforce, economic, and community development, educational attainment, and combating poverty. The Thinkubator Higher Education Consultancy practice falls under our Research arm of The Thinkubator. It leverages research and strategic analysis conducted and analyzed by doctoral trained educators, practitioners, and youth scholars, and 60+ years of combined leadership experience to provide institutions with strategic guidance for creating environments that are simultaneously accessible, affordable, and sustainable.

More about The Thinkubator Leads (Youth Council):
The Thinkubator Leads (Youth Council) is a newly formed group that aims to unite young people in the Bronx and beyond, foster relationships between both youth and community-based organizations, and allow participants to develop leadership, communication, and interpersonal skills. The Council serves as a platform to provide visibility, credibility, and voice to youth in our community, in order to better equip them to face the challenges of the world. Members have the power to identify issues of importance to them and develop a course of action with the support and guidance of our organization.