The Misadventures of Mistress Maneater, Now Available on Prime Video

The Misadventures of Mistress Maneater, Now Available on Prime Video 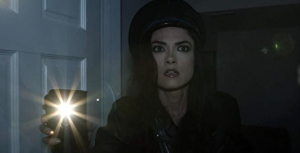 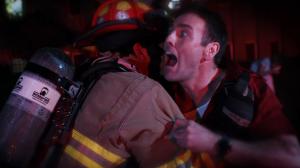 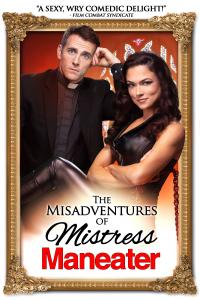 What a Romantic Comedy Should Be!”
— Kirk Fernwood, OneFilmFilmFan.com

CROWN POINT, IN, UNITED STATES, April 29, 2021 /EINPresswire.com/ — Now streaming on Amazon Prime and filmed at locations throughout Chicagoland, The Misadventures of Mistress Maneater is a multiple-award-winning romantic comedy that tells the tale of a brilliant young woman, Ava Moriarty (Lorrisa Julianus).

Ava was once praised for her intellect and received her Master’s degree at age 20. But a decade later, she’s a disgraced PhD dropout handcuffed to a curious day job, who wants nothing more than a fresh start. But when her mobster ex gives her 30 days to repay a massive loan, she’s forced into one last job – winning the heart of, and extorting “Father Dracula,” a mysterious small town Episcopal priest. But Father Radovan Markovic (Mickey O’Sullivan) has smuggled his own secrets from Serbia, and covertly moonlights as an underground MMA fighter while unwittingly hiding the world’s greatest lost painting. Not to mention he’s the one hot guy who is avoiding Ava like loose glitter. When she discovers he’s hiding a priceless Baroque masterpiece, will she betray the heroic man who believes in her genius, or fall for him and doom herself to a custom pair of concrete stilettos?

Kirk Fernwood of OneFilm Fan says, “Lorrisa Julianus was a flat-out beautiful choice to play the circumstance-laden, career-beleaguered, wanting to get away and start over Ava…Honestly, it’s a heartfelt, wholly bravado-filled, energetic performance Julianus gives us (plus a killer smile), and she’s a complete joy to watch both vamp it up and be vulnerable through the entire affair with engaging, purely entertaining poise.”

“As Ava, Lorrisa creates a fully developed character with depth. She knows precisely how to portray Ava like a movie star. She is what you’d expect from a strong lead in an action-thriller, who happens to be a woman. Ava is smart, intelligent, and has flaws…She’s independent and refuses to allow anyone to control her future, even a mob loan shark. Before you know it, she shows she can be vulnerable. Julianus runs the gamut of emotion, builds a believable character arc, and proves she can be a star in almost any other genre.” – Film Threat

Director/Producer C.J. Julianus says, “We established Binary Star Pictures to tell the kinds of unique stories that we long to see. Like so many fellow film lovers, we’re tired of remakes, retreaded plots, and the same characters we’ve seen twenty times before. The world needs fresh, feel-good entertainment that tugs at your heart, tickles your brain, and gets you thinking, because discussing a movie after seeing it is half the fun!”

Mr. Julianus continues, “The Misadventures of Mistress Maneater stands as great entertainment on its own, but also has some serious depth if you like to look for literary aspects in film. It’s more than a typical rom-com; we have intrigue, art history, discovering self-worth and forgiveness, female empowerment, underground fighting, mobsters, and a priceless lost Baroque painting all as part of the central mystery of the movie.”