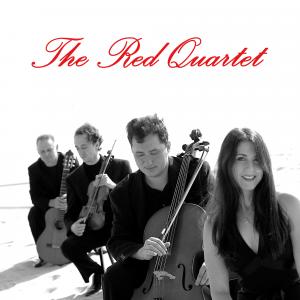 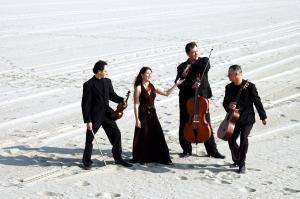 Latin-jazz-classical ensemble The Red Quartet has set a March 31 release for its album, an evocative blend of European and South American traditions and sounds

Red to us is associated with life, vibrancy, and excitement”
— Philip Vaiman

Latin-jazz-classical ensemble The Red Quartet has set a March 31 release for its first album, an evocative blend of European and South American traditions and sounds performed by four virtuosos who play here as one.

Each Red Quartet member is a virtuoso in chamber, symphonic, and jazz, with vastly different musical influences, education, and experience. Yet as seasoned professionals they blend their exceptional musicianship and experiences to create a fluid, sensuous, passionate ensemble sound.

“Red to us is associated with life, vibrancy, and excitement,” said Vaiman, who founded and leads the Quartet.

Vaiman produced the sessions for “The Red Quartet” at Watersound Studios in Sherman Oaks, California, working with recording engineers Carlos Castro and Marco Gamboa. Gavin Salmon provided additional percussion on the bossa nova tracks. The production’s bright, warm intimacy puts the listener right in the studio with the musicians. Mastered by Alan Yoshida, the album is being released on the independent Talia Records label.

The group has performed in Southern California for several years at venues including the Clark Library and the Bruman Chamber Music Festival at UCLA, the Summer Sounds Classical and Jazz Series in West Hollywood, and the Colburn School’s Zipper Hall.