The Scandalous History of Mining in the Tucson Mountains

The Scandalous History of Mining in the Tucson Mountains 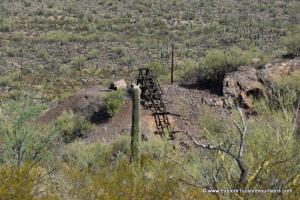 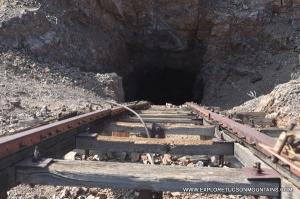 Entrance to the Old Yuma Mine 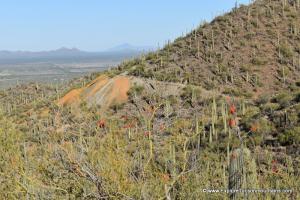 The mines were largely unproductive but kidnapping, embezzlement, and bankruptcies made headlines.

TUCSON, AZ, UNITED STATES, March 24, 2021 /EINPresswire.com/ — The Tucson Mountains were once extensively prospected for copper, silver, and gold. The Mountains are the remains of a massive collapsed volcano. Masses of granite and quartz veins are apparent throughout the area, and the possibility of valuable minerals led to prospecting. Early mining activity started in the 1690s after the founding of San Xavier Mission. The first mining claim, The Nequilla Mine, was staked in 1867. The Amole Mining District was created in the early 1870s and encompassed the Tucson Mountains. It was one of the earliest recorded mining districts in North America.

Between the 1890s and the First World War, numerous mining ventures scoured the Tucson mountains looking for copper, silver, gold, and other minerals. The area has over 200 prospector pits and abandoned mines, along with numerous mining camps’ scattered remains. Unfortunately, the excavations yielded low-grade ore, and the cost of operations far outweighed the mineral wealth. More money was made by zealous mine owners falsely promoting unproductive mines to unknowing investors.

Three of the more prominent mines have storied histories that include kidnapping, embezzlement, and bankruptcies.

1. Old Yuma Mine was the most successful mine in the Tucson Mountains. The original claim dates back to 1872, and it was the last mine in the area to close in 1947. Copper, silver, gold, and other commodities were mined from this location. During World War I, Molybdenum (used for hardening steel) was mined, and the owners added a mill and smelter, which ran until 1920. Attempts to reopen the mine in the 1980s failed because of legal battles, and Saguaro National Park acquired the property in 2001.

The mine is better known for its museum-quality, orange-red wulfenite crystals and an exciting kidnapping in the early 1930s. In 1932 Cliff Adkins kidnapped Tucson banker Gordon Sawyer for a $60,000 ransom. The local deputies were able to track the abductor and rescue Mr. Sawyer from an abandoned well at a local ranch. However, Adkins escaped and hid at the Old Yuma Mine, forcing the owner, “One-Eyed” Joe Baker, to feed him. Mine caretakers reported Atkins to authorities, and the Tucson Police and Border Patrol eventually apprehended the kidnapper.

2. The Mile Wide Mine was initially named the Copper King Mine. George Reininger purchased the mine from the original owner, L. Martin Warer, in 1915. He changed the mine’s name to Mile Wide Mine because that was the width of the entire claim. Reininger invested in the mine, building a workshop, mess house, rock crusher, and mill. He also developed an access road into the mountains, which is now part of the King Canyon Trail system. The Mile Wide mine extracted 70,000 pounds of copper and silver; however, Reininger sensationalized his findings to investors. In 1919 he disappeared with the investors’ money and $100,000 from selling his shares of stock. Several other owners worked the mine until it closed permanently in 1942.

3. The Gould Mine was established in 1906 by S.H. Gould. He sensationalized the findings indicating the mine contained a mother lode of copper. It did produce 45,000 pounds of copper, valued at $9,000 at that time. After several years the company went bankrupt and ceased operations in 1911. During the 1950s, attempts were made to reopen the mine as an open-pit operation. Local opposition prevailed and the property eventually became part of Saguaro National Park.

It is currently classed as an archaeological site by the National Register. An iron grate covers the pit, and the powder house walls still stand. Foundations for the blacksmith shop and mess hall also remain. Samples of azurite, epidote, garnet, malachite, and pyrite originating from the mine tailings can be found along the trail. The mine tailings can be seen from Kinney Rd north of the AZ-Sonoran Desert Museum.

WARNING! Abandoned mine sites are a GREAT safety hazard. The dangers include old explosives, hazardous chemicals, bats, bees, snakes, mountain lions, and other predators. Falls and cave-ins are common. Entry into these mines is prohibited and strongly discouraged.

For more information on abandoned Tucson Mountain mines and the trails that lead to them, visit www.ExploreTucsonMountains.com.