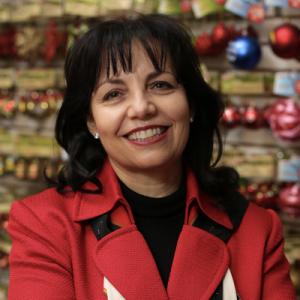 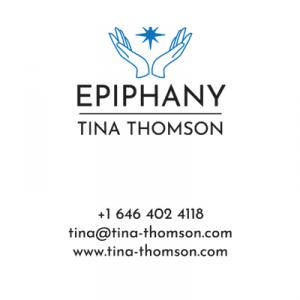 Tina is a certified executive coach and the founder of EPIPHANY Leadership Development and Coaching a leadership coaching organization dedicated to empowering and evoking excellence in others.

“If we’ve learned anything from the pandemic it’s that the only thing that matters is that leaders are compassionate and can step in another person’s shoes. If you can’t do that, you can’t lead,” says Tina.

“Life is about supporting and empowering others, so it thrills me to connect particularly with women in executive roles. The only way we will ever achieve a better scenario is if executives have support. Good leaders are critical. Corporations run the world, governments don’t, so we need competent, compassionate leaders in the workplace. I had no support when I was a CEO. The fact that I was alone without support was a major motivator for me to become a coach. I realized that most women executives have little or no support. The world of work was designed by men, for men, with wives. However, don’t get me wrong, we absolutely do need men and women at the big table, because we bring different skillsets, and both are needed.”

The main challenge, says Tina, is how executives show up each day with enthusiasm to motivate their teams. Tina’s method is called “blended coaching:” some advice, some consulting, and a significant portion of coaching. Tina asks powerful questions to extract the very best out of her clients. She says people know what they need to do; they have the answers inside of themselves, and the coach is there to hold up a mirror for them.

Prior to establishing Epiphany, she has held several executive corporate positions, including CEO of a National organization and Global Director of a global women’s entrepreneur organization.

“I am, and have been, an Executive Leader for twenty years and that became my epiphany,” recalls Tina. “I need to share what I’ve been through with others, particularly women, because I never ever want any woman to go through what I had to go through.”

Tina authored her autobiography in 2016, Good Souls, Bad Souls and Assholes. A book of gratitude to all the people who influenced her life. As a Greek-South African woman executive in a patriarchal society like South Africa, it was not easy. After facing death threats for whistleblowing on a company she worked for, Tina was forced to overcome the intolerable. Inspired by “her miracle son” Nicholas, her purpose never wavered.

“No crisis can take away your joy and inner strength unless you allow it to, so you have to be able to draw on values that are rock-solid,” says Tina. “Make every decision using your unchanging core beliefs. This is especially true for women. The strongest leaders are the ones who are authentic. Don’t change your belief system to suit the world of work. Uphold your integrity. You don’t need to lose your joy, no matter what the circumstances are. With a moral compass and a support system, you can overcome.”

Listen to the show on BlogTalkRadio

Good Souls, Bad Souls and Assholes is available on Amazon