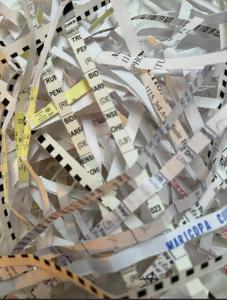 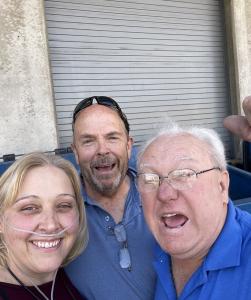 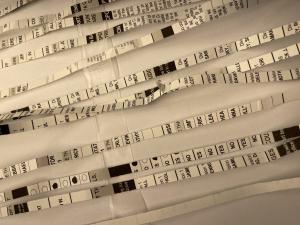 The Highest Court set a Hearing for April 30, 2021 on Staci Burk’s Case as Arizona Republican Senator Borelli tells Her “High Level” People May Kill Her

Republican Majority Whip Senator Borelli threatened Burk she may be killed by “high-level people” because she held the “domino” that would overturn the results of the presidential election.”
— Sonny Borelli

WASHINGTON, D.C., USA, April 16, 2021 /EINPresswire.com/ — Arizona resident Staci Burk was denied her most sacred right to vote. She is now representing herself before the United States Supreme Court to remedy the loss of her voting right. Burk suffers from a life-threatening chronic illness, leaving her permanently disabled. She is a single mother and domestic violence survivor who endured her young son’s murder. Given her history, Burk is protected by Arizona’s, “protected address voter laws”. It is a challenge for Burk to vote and maintain her safety. It is even harder when the State cancels her ability to vote without warning.

As a survivor of domestic violence and stalking, Burk and her children qualify as “protected address voters”. Arizona’s protected address voter laws ensure physical addresses are protected. As a participant in this program, Burk’s voter registration is not supposed to be canceled because her address is not on record. In 2010 Arizona canceled Burk’s voter registration, claiming it could not verify her physical address. Burk’s address had not changed, nor was it legally accessible. By law, an alternate address is used. Burk was not notified of her canceled voter registration. During that time, Burk served as an elected School Board President. She lobbied and campaigned for the Arizona state legislature to carry out education reform and was a Congressional education committee advisor. Despite her political activity as an elected official, 10 years passed without Burk being notified the State changed her elector status.

Shortly before the 2020 election, the Secretary of State’s office discovered the error. Burk was notified then. She was told, her registration should not have been canceled, then told to file a new voter registration form to correct the error. However, due to the protected address program restrictions, Burk could not register online. She had to submit paperwork by mail. Since Burk suffers from a life-threatening illness, she often endures extended hospital stays. During the 2020 election period and COVID pandemic, Burk suffered a long hospital stay with pneumonia. At the same time, the Ninth Circuit Court closed the extended registration dates. The protected address program requires a 7-10 day processing time for registration paperwork. The Ninth Circuit Court restricted registration to 48 hours, assuming voters could register online, contrary to Arizona’s legal requirements. Burk was unable to re-register under those restricted conditions. Thus, Burk was denied her right to vote in the 2020 election.

As Burk single-handedly pursued her case through Arizona courts to the SCOTUS, Arizona Republican Party lawyer, Micheal Carvin, argued before the SCOTUS, “no one in Arizona was denied the right to vote and certainly no minorities were denied the right to vote in the Arizona 2020 election.” Burk says Carvin is wrong. She is a minority, disabled, voter who was illegally denied her right to cast a vote in the Arizona 2020 election, while fraudulent ballots were counted.

Later, when Burk delivered her SCOTUS petition to the Maricopa County Board of Supervisors and Recorder, she noticed dumpsters near the Maricopa County Election Center. The following day she returned with a Purple Heart Vet and discovered the dumpster contained a bag of mutilated documents: shredded 2020 election ballots, shredded logs, shredded voter registration forms, and other shredded election material that is supposed to be preserved under federal law §20701; all ballots and paper records are supposed to be kept for 22 months. County Recorder, Stephen Richer, claimed only dead voter’s ballots that could not be counted, were shredded and dumped despite clear direction in law to preserve all ballots and related materials.
Shortly after Burk retrieved the shredded ballots Arizona Republican Senate Majority Whip, Sonny Borrelli, contacted her. During the heated conversation, Borrelli criticized much of the Arizona state government for being: untrustworthy, capable of destroying the evidence, and said Burk would be killed if she didn’t turn over the ballots to him if the police didn’t get to her. An audio recording between Burk and Borrelli was published in the Arizona Mirror. In that recording, Senator Borelli “repeatedly advised Staci Burk. . . that she is in danger because she held the “domino” that would overturn the results of the presidential election. Don’t trust anyone, he said while urging her to give him the ballots. This is the domino. This is the one domino (that) Arizona knocks over and we expose this corruption then the other states fall, too.”

As a result of threats for her safety, Burk asked the SCOTUS this week to take possession of the shredded ballots and sanction Maricopa County for destroying evidence in the pending case. She said the shredded ballots and mutilated documents in the tabulation center dumpster, along with the large fire at one of the Defendant County Board of Supervisor’s farm, demonstrate evidence that the County is likely destroying evidence vital to the case. Burk argued to the SCOTUS that Sonny Borelli said, no one at the legislature or Attorney General’s office can be trusted with the shredded ballots. She also points out that in 2018, the Arizona legislature voted unanimously to pass SB1452 removing ballot stubs and other election security measures. The majority-Republican Arizona legislature failed to safeguard the 2020 election by creating the context for widespread voter suppression and intentionally removing election security measures that could identify fraud on a later audit.

Burk’s case in the Supreme Court is the last surviving 2020 election challenge case before any court. The SCOTUS will consider Burk’s case on April 30, 2021.