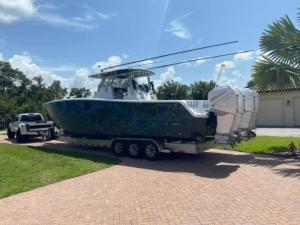 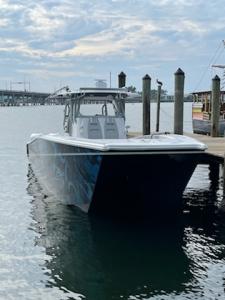 Fishing is a great source of therapy for veterans. Fishing helps veterans reintegrate into society, rehabilitate physically and emotionally, and relax

The United States military is known as being the most powerful driving force in the world. Those who are currently serving in the military, as well as those who are now veterans, and have served in foreign wars, have sacrificed in numerous ways to help secure the freedoms Americans enjoy. According to Shawn Stumpf, it would be nearly impossible for the average person to understand what active military members and those who are veterans go through on any given day, and that there needs to be a greater push for citizens to learn more about the military and the people who choose to serve their country as a member of its armed forces.

According to the council of foreign relations, the number of people actively serving in the military has decreased over the years. The group reported that the branches of the military used to encompass approximately 1 percent of the population. As of July 2020, the number of active service members had decreased to one half of 1 percent of the American population. “Most people are surprised to learn just how few people actually serve in the military. Military life is definitely not for the faint at heart, and this is why I believe that it is so important for people to celebrate National Military Appreciation Month.” Shawn Stumpf said.

National Military Appreciation Month (NMAM) is celebrated to honor both the current and veterans of the armed forces. “The observance of (NMAM) is to celebrate all service members both past and present, but it is also an opportunity for the people of our great nation to stand in unity. In light of all the things that the American people have gone through with the pandemic, I believe that the celebration of NMAM would do a lot in terms of helping veterans and service members heal, as well as civilians across the nation.” Shawn Stumpf said.

According to Mr. Stumpf, celebrating NMAM gives people who work with veterans groups to educate people about traumatic brain injuries and post-traumatic stress syndrome, and activities service members and veterans can engage in to help them cope and heal. “Fishing is a great source of therapy for veterans and active service members. Fishing helps veterans reintegrate into society, rehabilitate physically and emotionally, and relax. There are a number of charities like Project Healing Waters, Take a Vet Fishing and Heroes on the Water that sponsor activities and events to help provide veterans the help and support they need. I just encourage people to get involved.”, Shawn Stumpf said.