Wake Up! Music Group Presents The Release Of ”Oh My Heart

Wake Up! Music Group Presents The Release Of ”Oh My Heart 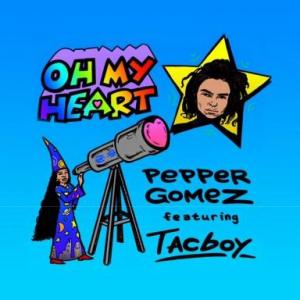 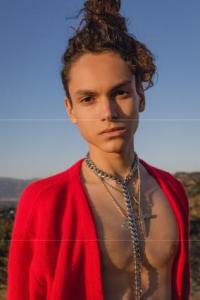 USA, April 28, 2021 /EINPresswire.com/ — Pepper Gomez of Wake Up! Music announces the release of the Nu House single “Oh My Heart” featuring and introducing the next star vocalist, Tacboy! The track in itself is a work of creative births from many power players in the world of music. House DJ Ralphi Rosario was invited to remix the original track by Andrew Kitchen, who had initially invited vocals from House vocalist Pepper Gomez.

With synergy overflowing, Pepper loved the remix as much as the original and asked her son Tacboy (pictured below) if he could channel some Nu House vibes for the track. He brought the tune to a new level with his signature vocals, inspired by his artist heart and Jim Morrison. Ralphi Rosario and Craig J Snider aka The Shamanic created additional mixes and Joseph Salamida of Vanquish Studios completed the package. With mastering by Ted Jensen of Sterling Sound, the track jams and glows from the first note.

“I didn’t know what it would be like to produce the vocals by my own son on ‘Oh My Heart’ but it was a peak experience for me,” says Pepper Gomez. “His path is clear. He sings and creates both melodies and lyrics as effortlessly as Morrison. I thought this a great way to introduce him to the listeners before he launches his own project, the ET Boys, with his brother Sharkeyes. With this release, I have accomplished what few mothers have done – that is to sing on tracks with both of my sons.”

But that wasn’t the end. DJ Eric Kupper, who has worked with a multitude of artists including singles work with Jennifer Lopez, Maluma, and more wanted to tag in on the track. Kupper has also remixed classics ‘September’ by Earth Wind & Fire, ‘I Will Survive’ Gloria Gaynor, ‘Ain’t No Stopping Us Now’ by McFadden & Whitehead, and ‘Love Hangover’ by

Diana Ross, which hit #1 on the Billboard Dance Chart before the pandemic began, so who better than to add their own vibe to the thumping track!

“Oh My Heart” will be out everywhere on April 30, 2021 on Wake Up! Music with distribution by Onerpm.