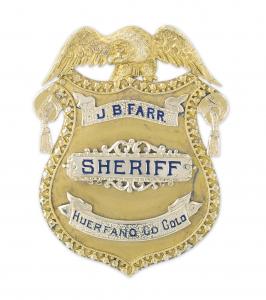 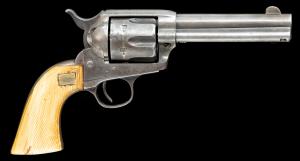 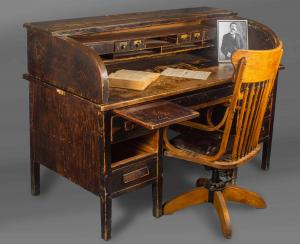 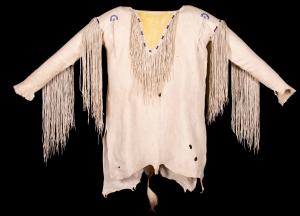 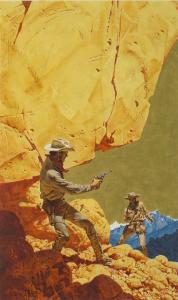 The auction, packed with 384 lots, will be part of a three-day Old West Show, June 25-27, also hosted by Old West Events, at a nearby venue in Santa Fe.

2021 has been excellent for sales in our business as well as in related industries. We’re eager to continue this trend and are looking forward to seeing all the faces we’ve been missing this past year”
— Brian Lebel

The event is being held by Brian Lebel’s Old West Events, with live, in-person bidding at the Hilton Santa Fe Historic Plaza located at 100 Sandoval Street in Santa Fe, as well as online via the Old West Events website, www.oldwestevents.com. As with past events, the auction will be part of a three-day Old West Show, June 25-27, also hosted by Old West Events, in the nearby Santa Fe Community Convention Center at 201 West Marcy Street. Both are open to the public.

Major categories will include cowboy antiques and collectibles (saddles, spurs, bits, etc.); Native American artifacts; antique and historic firearms; Hollywood cowboy memorabilia; Western fine art; Old West gambling and saloon items; antique and contemporary belt buckles and other silverwork; antique advertising and lithography; and Western decorative arts and furniture. The auction is free and open to the public, but seating is limited. Reservations are required for a seat.

“We’re thrilled to be able to hold the auction and show after having to cancel last June’s events due to COVID,” said Old West Events owner Brian Lebel. “2021 has been an excellent year so far for sales in our business as well as in related industries. We’re eager to continue this trend and are looking forward to seeing all the faces we’ve been missing this past year,” adding, “This year’s auction promises to be a great one, with a lot of diversity both in price ranges and genres.”

The roll-top desk and chair used by Pat Garrett as Dona Ana County sheriff from 1896-1900 were both made in the 1880s. Their condition is poor but they can be refurbished. The lot has an estimate of $10,000-$20,000 and comes with the original 1884 bill of sale and a photo of Garrett. The Colt single-action Army revolver with one-piece ivory grips was manufactured in 1895 and was shipped to Colt’s Patent Firearms in San Francisco in 1898. It was originally owned by O. Frank Hicks, who enlisted in the Arizona Rangers in 1905. It should sell for $20,000-$25,000.

Clint Eastwood’s film-worn hat from the 1972 Western movie Joe Kidd is a Nudie’s Rodeo Tailors dark brown beaver Stetson hat, 3X, with an inverted crown and a braided leather “whip” hatband. It has a pre-sale estimate of $8,000-$12,000. A wonderful example of a Florence State Penitentiary (Ariz.) horsehair bridle, with triple strand round cheeks and a double brow band boasts colors that are bright and done in a tight diamond pattern, should realize $8,000-$12,000.

An exquisite ladies’ three-piece buckle set created by Scott Hardy for the 2006 Traditional Cowboy Arts Association’s (TCAA) annual exhibition and sale, with three sets of engraved and diamond gold hinges, has an estimate of $6,000-$9,000. A circa 1920-1930 Native American Kiowa tanned and sinew-sewn deer hide shirt with 17-inch-long fringe on the shoulders, a deer tail hanging from the back and decorative beadwork, should change hands for $7,000-$9,000.

A hand-carved wooden bull’s head with real horns from the Bulls Head Saloon in Abilene Kansas, which belonged to the notable Old West personality “Shotgun” Ben Thompson, whose partner was shot and killed by “Wild Bill” Hickok, is estimated at $6,000-$8,000. Also, a King Ranch “Running W” floral tooled ranch saddle with 14-inch seat and Cheyenne roll cantle, gifted by original owner Robert “Bob” Kleberg to an ailing friend, should command $5,000-$7,000.

Currently underway is Lebel’s Rest of the West, an online-only auction with 120 lots, all unreserved and with estimates of under $1,000. Bidding is live now, at www.oldwestevents.com, and will end on June 26th at 11:55 pm Mountain time. Collectors on a budget, or anyone considering easing into the fast-growing field of Western collectibles should check it out.

Brian Lebel founded the Cody Old West Show & Auction 31 years ago in Cody, Wyoming as a small gathering of people who were buying, selling and trading in the antiques and artifacts of the American cowboy and the American West. Brian believed that more people would appreciate these great artifacts if only they were aware of what was available. So he launched his own event and it has been growing it ever since.

Old West Events is always accepting quality consignments for future auctions. To inquire about consigning a single piece, an estate or a collection, you may call them at 480-779-WEST (9378), or, you can email them at contactus@oldwestevents.com. To learn more about Brian Lebel’s Old West Events and the events planned for later this month, please visit www.oldwestevents.com.