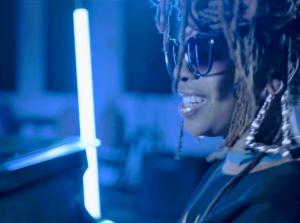 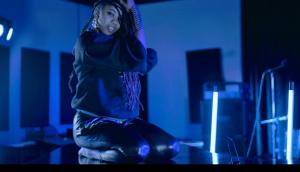 Betty Boo Banksta entertains and inspires us in her new music video; When I Sleep

Eclectic singer-songwriter Betty Boo Banksta has just released a captivating new music video for her song, “When I Sleep”.

Banksta has an intense passion for her music and expertly utilises this portal to express herself in a unique and fascinating form.

Her first professional musical encounter came when she was invited to accompany a friend to drop off tracks at the Bobby Brown studio, where Outkast was recording.

Banksta jumped at the chance as she was completely enamoured with André 3000. When she arrived they were listening to Aquemini and asked her opinion. Without hesitation, Banksta announced that it was missing her voice, so the guys invited her to jump on the mic!

Not one to miss out on an opportunity, Banksta tore that mic up and even has a trophy to prove it.

Her background is in hip-hop, but this fascinating woman can delve into any genre you throw at her.

The music video “When I Sleep”, displays what a captivating performer Banksta is, both vocally and visually. Here, she showcases her tantalising energy and passion, as well as her unique style.

She delivers a dazzling performance in a strobe-lit studio where she plays the piano and sexily crawls across it. Dreamy, smoke-filled scenes bounce between her on the piano to singing in a microphone booth and performing on a stage.

Her bold style is inspiring and she sports a sweater with a huge eye on the front, suggesting to her viewers that she sleeps with one eye open. Or perhaps this represents her inner eye, which is wide open when she sleeps, seeing into the unconscious realm.

The inspiration for this song came from Banksta’s mother who would always tell her that she sleeps too much. She told us: “this song is about the awakening of the mind, spirit and soul. There is resting but our consciousness never sleeps. Ever!”.

Banksta had an amazing team behind her for the production of this video, which was directed by the renowned Kevin Garrett and co-produced by the incredible vision of Reginald Dewayne Boyland.

What’s next for Betty Boo Banksta:

Banksta’s upcoming projects are going to be exploring her musical roots in rap. We are excited to see what this diverse artist will showcase next.