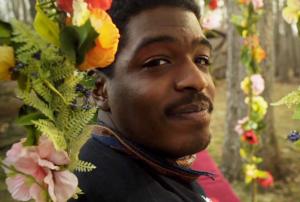 Filmed on location in Virginia, the production will run April 29 through May 23, 2021.

“I love HAMLET. I have a fraught relationship with Shakespeare, but I love HAMLET,” notes Ijames about his new work. In creating the play, Ijames asked himself, “What does the HAMLET narrative look like if it’s queered, and if it’s infiltrated and taken over by people of color?” The end result is FAT HAM, a contemporary adaptation of Shakespeare’s HAMLET set in the American South, which explores big issues, like toxic masculinity and cycles of violence, with a light touch.

This is the second play of the Wilma’s reimagined 2020-21 Season, following the smash success of Will Arbery’s HEROES OF THE FOURTH TURNING in December, which the New York Times called “unmissable.”

FAT HAM is the first production for which the Wilma has appointed an Equity, Diversity, and Inclusion Officer, Noelle Diane Johnson. Johnson, is a multidisciplinary Theatre and Performance Artist, AEA Stage Manager, Director, EDI Consultant, and Artist Advocate. She is also the owner and founder of ARTISTS HEAL LLC, a company designed to center and provide resources for Black and Global Majority Artists while offering self-liberated, inclusive, and equitable spaces for healing and expansion through artistic practice.

Tickets to FAT HAM are available at wilmatheater.org. Tickets are $37 per household, with discounts available for seniors, students, and WilmaPass holders.

ABOUT DIRECTOR MORGAN GREEN
Morgan Green is a director of theater, film, radio, and dinner time. She is currently one of four Co-Artistic Directors at the Wilma Theater in Philadelphia and a co-founder of New Saloon Theater Co. Morgan received the 2016 New York Innovative Theatre Award for Outstanding Director for her work on New Saloon’s MINOR CHARACTER: Six Translations of Uncle Vanya at the Same Time, which was most recently seen at the Public Theater’s 2019 Under the Radar festival. A selection of recent work includes: The Danube by María Irene Fornés (Harvard University), The Wolves by Sarah DeLappe (Marin Theatre Company), Cute Activist by Milo Cramer (The Bushwick Starr), and The Music Man by Meredith Wilson (The Sharon Playhouse). Morgan is a New Georges Affiliated Artist, former artist in residence at Bric, Mabou Mines, and Baryshnikov Arts Center, an alumna of the Lincoln Center Director’s Lab, a former Robert Moss Directing Fellow at Playwrights Horizons, and a proud member of SDC. MorganClaireGreen.com